Two months after we started dating, Dan was diagnosed with Crohn’s disease. He was extremely sick – underweight, malnourished, and experiencing crippling symptoms. The first three years after diagnosis, Dan was on medications that did little to quell his disease activity. I watched him struggle with fatigue so debilitating that he couldn’t get out of bed, and urgency so severe that we canceled plans so that he could be close to the bathroom.

We got married almost three years after Dan was diagnosed with Crohn’s. The first few years of marriage are supposed to be a ‘honeymoon’ phase – a carefree time when things are simple and happiness abounds. Ours didn’t quite pan out that way. Learning how to cope with the physical, emotional, and financial burden of this disease as newlyweds living in a new state away from our support system was challenging to say the least. 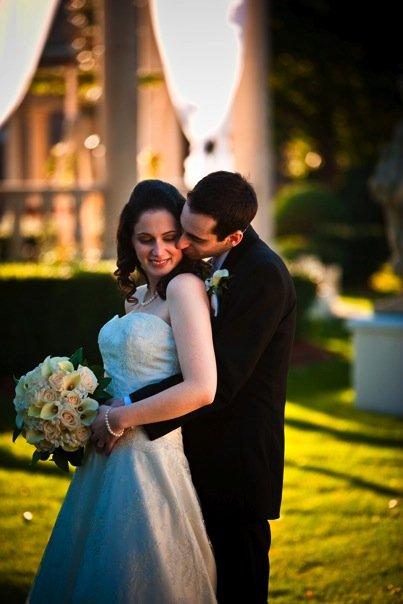 Dan was hospitalized three times during the first two years we were married- once with an E.coli infection and aspiration pneumonia following a routine colonoscopy; once with an intestinal blockage; and a third time after he had a bowel resection. That’s when I first found the Crohn’s & Colitis Foundation. I was desperate for information to learn how to care for someone with a chronic disease, and yearning to connect with others who understood what we were going through. I signed us up for our first Take Steps walk in 2010, and our family came together from three states to participate in the walk. 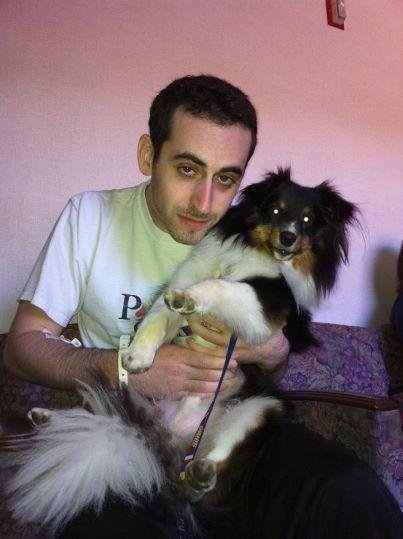 In 2013, I decided to try and push my boundaries and limits by signing up for my first half marathon with Team Challenge. In my head, I thought that if Dan could go through daily life with his disease, I could conquer something that would be challenging and totally out of my comfort zone. Team Challenge further opened us up to the IBD community and we grew as a couple through that program - pushing and supporting each other to cross the finish line. And through the Foundation, Take Steps, and Team Challenge, we found a second family, a support system within the IBD community that we can turn to when things get tough again.

Having a loved one with Crohn's disease can be challenging but it's also taught us a lot about patience and empathy. When Dan doesn't feel well, I am there to be a shoulder to lean on, someone to make him laugh, an advocate for anything he needs, a personal chef, and much more. And he gives me that same kind of support when I'm struggling with my own things.

It’s now 13 years since Dan was diagnosed with Crohn’s and I’m happy to report that things are finally good. Dan is the healthiest he’s ever been – he’s gained nearly 45 pounds since he was diagnosed and he’s finally in remission. We celebrated our 10 year wedding anniversary a few months ago, and, while I wish he never had to deal with having a chronic disease in the first place, I wouldn’t change where we are now. His diagnosis has made us stronger, both as individuals and as a couple. It's helped us grow together and has made us appreciate and love each other even more.

Show someone (or yourself!) you love their guts during February by purchasing a #LoveYourGuts shirt! Click here to buy a shirt and help support the Foundation's research, education, support, & advocacy programs.

Rebecca Kaplan is the Public Affairs and Social Media Manager for the Crohn's & Colitis Foundation and the caregiver of a Crohn's disease patient.