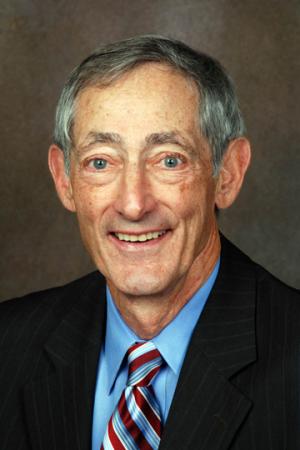 The Crohn’s & Colitis Foundation staff and volunteers were saddened to learn of the passing of Donald (Don) Kortz, a member of our National Board of Trustees, last week. Don and his family first became involved with the Foundation after their daughter Zoey was diagnosed with IBD. “His devotion to Zoey and her battle with IBD was palpable, heart-warming, and ever present,” said Michael Osso, the Foundation’s President & CEO.

Don served on our National Board for the past five years and was a longtime volunteer with our Rocky Mountain Chapter. He brought intelligence, passion, and humor to his involvement as a volunteer. As a member of our national board, Don sat on several committees, including Compensation & Benefits, Investments, Audit, and Budget & Finance. Don helped fashion the Foundation’s first Investment Policy Statement and was instrumental in steering the asset allocation strategy of the Foundation’s reserves.

In addition to the Foundation, Don supported many other causes and nonprofits in Colorado. He was the founding President and CEO of Rose Community Foundation, created from the proceeds of the sale of Rose Medical Center. He chaired the Board of Children’s Hospital, served on the Board of National Jewish Health, Colorado Children’s Health Foundation, and HealthONE. He was appointed by Colorado Governor Owens to the Task Force on Child Welfare and by Governor Ritter to the Blue Ribbon Commission for Health Care.  Don also served as Chair of the Board of Colorado Concern, chaired the Denver Metro Chamber of Commerce, and served as a trustee or board member of the Denver Zoological Foundation, Mizel Museum, Judith Ann Griese Foundation, the Jewish Community Center, the University of Denver Institute for Interfaith Studies, and the Anti-Defamation League.

Professionally, Don was a pillar in the Denver real estate and business community. Most of his career was spent at Fuller & Company (now Cassidy Turley Colorado), and he served as mentor to dozens of young attorneys and real estate professionals. Don also served on the corporate boards of Omnibank, Key Bank of Colorado, Merchant’s Mortgage of Colorado, and Steele Street Bank & Trust. He was previously honored as Colorado Businessman of the Year.

In his years of involvement with the Foundation, Don brought his deep personal commitment, a keen sense for financial matters, and an incredible sense of humor to all his dealings. He was always as interested in partnering with board members to move our mission forward as he was in getting to know his fellow trustees personally.

“Don welcomed me to the Board with open arms and made it clear he was committed to finding cures for IBD and improving the lives of patients and their families in the meantime. He will be missed."

Dr. Brent Polk, Chair of the Foundation's National Board of Trustees

Don was a thoughtful listener who always offered great insight at the appropriate time. According to Bob Territo, the Foundation’s Chief Operating Officer/Chief Financial Officer, “Don would always go out of his way to show staff just how much he appreciated their work and consistently offered exceptional advice and counsel on key business decisions.”

Don was a true friend to the Crohn’s & Colitis Foundation at the national and local levels, and he will be greatly missed by so many. Our thoughts go out to his wife Mary Lou, daughter Zoey, and his many family members who survive him.

Rebecca Kaplan is the Associate Director, Marketing & Communications for the Crohn's & Colitis Foundation and the caregiver of a Crohn's disease patient.