Working through the trauma of chronic illness

Although post-traumatic stress is a harsh reality thousands of people live with, I always thought of it as something that people experienced after facing a severe event. Little did I know how deeply it could impact people living their ordinary lives, just like myself. 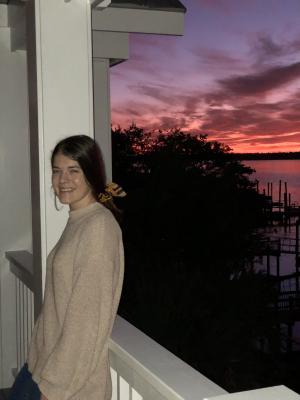 I was diagnosed with severe ulcerative colitis when I was 15. It was surreal—one day, I was in Algebra II learning equations and spending the afternoons in basketball practice, and the next day, I was admitted into the hospital’s pediatric ward with an unknown discharge date. That date finally came four weeks later, and I was barely able to comprehend what had happened to me. After all, I was just a teenager, looking forward to spring formal and getting my license. I thought to myself, “There was no way this was going to be my life now!” I was quickly proven wrong. I spent each day learning how to live again, taking upwards of 20 pills a day, and having to leave early from class because I couldn’t stand leaving to go to the bathroom one more time.

Fast forward four years. I was 20 years old, a sophomore in college, and I had just applied to nursing school. However, my anxiety was ruthless. I decided to go see a therapist, something I had never really tried before. We worked through so many things that at the end of every session I found myself asking, “Why haven’t I done this sooner?” One session, I decided it was time to discuss the four weeks I was in the hospital and the multiple flares I had after that. My therapist began asking me how I felt about this past trauma. I was shocked by her wording. I had not been through trauma. I was not suffering from post-traumatic stress. I simply viewed myself as a chronic illness patient who went through much more in her young life than most.

Then, it started to click for me. I realized that just because my trauma looked different didn’t mean it wasn’t trauma. In fact, recent research suggests that up to 32% of IBD patients may experience post-traumatic stress symptoms. Certain smells would take me back four years into the room of the hospital where I was diagnosed; every time I closed my eyes to sleep, I worried that I would dream that I was sick again and I wouldn’t be able to wake myself up. Sometimes when I saw a commercial for an IBD medication, I had to leave because I couldn’t stand the fact that that medication didn’t work for me. There were so many signs, and yet there were so many opportunities for me to ignore them. I have learned in the six years since I was diagnosed how important it is to be honest with yourself about your mental health. Therapy changed my life and allowed me to see that there were some serious things I overcame and am still overcoming.

I am blessed to be where I am now. I just graduated from nursing school, and I am about to start working on the same pediatric floor I was diagnosed on as a registered nurse. I am thankful to be where I am today, but that doesn’t mean that working through my past trauma isn’t still hard. It takes one step at a time.

Sarah Kate DelaCourt is an ulcerative colitis patient from North Carolina and the co-chair of the Foundation's National Council of College Leaders.