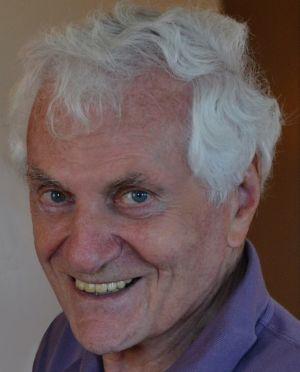 Burton I. Korelitz, MD was born in Boston and grew up in Lawrence, Massachusetts.  He attended Duke University, but left it for the Army in 1944 during World War II and then returned to graduate in 1947.  At graduation from Boston University School of Medicine (AOA) in 1951, he received the Weinstein/Keefer Award for Internal Medicine.

Dr. Korelitz interned at Mt. Sinai Hospital, New York during which time he met his future wife, Ann.  He returned to Boston for residency at the “new” Boston VA hospital, and then became the first Fellow in Gastroenterology at the Beth Israel hospital under Drs. Benjamin Banks and Louis Zetzel where he did his first research in inflammatory bowel disease.  He was also awarded a Dana Fellowship at Harvard.  He then returned to Mt. Sinai to become Chief Medical Resident, a Rosenstock Fellow and later became an Attending Physician.  In 1989, he was honored with the Jacobi Medallion by the Mt. Sinai Alumni for achievement.

In the 1960’s, he joined the medical staff at Lenox Hill Hospital, New York and then became the Chief of Gastroenterology for the next 28 years.  There he had the opportunity to teach hundreds of fellows in Gastroenterology and medical residents who are now in academic gastroenterology or private practice all over the United States.

Dr. Korelitz has published over 300 scientific papers and chapters on Crohn’s Disease and Ulcerative Colitis and is the editor of four textbooks.  He introduced the drug, 6-MP, for the treatment of ulcerative colitis in the late 1960’s and his research and publications served to encourage the use of immunosuppressive drugs in the treatment of inflammatory bowel disease throughout the world.  He has served as President of the American College of Gastroenterology (ACG) and Chairman of the Scientific Advisory Board of the Crohn’s and Colitis Foundation of America.  He has been honored with achievement awards from these organizations as well as the American Gastroenterological Association, the International Organization of Inflammatory Bowel Disease and Boston University School of Medicine.  In October, 2016, he received the Samuel S. Weiss Award from the American College of Gastroenterology.

For the past 13 years he has served as Chief Emeritus and Director of Research in Inflammatory Bowel Disease at Lenox Hill. He is a Clinical Professor of Medicine at New York University School of Medicine.  Currently he retired from private practice but has a research grant from the New York Crohn’s Foundation and continues to publish original studies in Inflammatory Bowel Disease.

Dr. Korelitz is surived by his wife, Ann (a Family Therapis) and his daughters, Nina and Jean, 2 sons-in-law and 4 grandchildren.