People with IBD can still reach for the stars! Check out these IBD Heroes doing what they love: 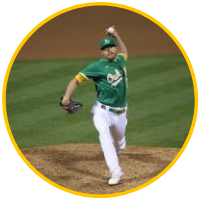 MLB relief pitcher Jake Diekman was only 11 years old when he was diagnosed with ulcerative colitis. In 2017, Jake underwent three surgeries to remove his diseased colon and create an internal j-pouch. He missed the first half of the baseball season that year, but returned to the mound after recovering in the fall. That same year, Jake and his wife Amanda founded the Gut It Out Foundation to raise funds to support IBD education, research, and pediatric care, and highlight support groups for patients and caregivers nationwide. 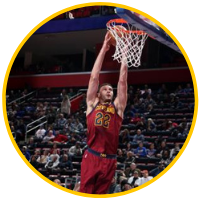 When Larry Nance, Jr. was diagnosed with Crohn’s disease at 16, he could barely get out of bed let alone play basketball. His doctor helped him find a medication that worked to help quell his symptoms, and that propelled his life toward achieving his dream. Now, at 6 feet 9 inches tall and 230 pounds, Larry is a forward for the Cleveland Cavaliers. He also cofounded founded Athletes vs. Crohn’s & Colitis (AvC), a non-profit that seeks to raise awareness of Crohn’s disease and ulcerative colitis among children and teens, and help children realize their athletic potential despite being diagnosed with a chronic illness.

“Find what works for you and stick by it,” Larry said. “[IBD] is very personal. You need to make your illness work around you. You still control yourself, don’t let Crohn’s define you.” 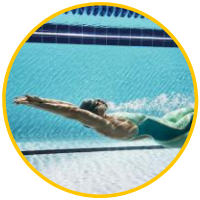 Kathleen Baker was diagnosed with Crohn’s disease when she was 13 years old. She had always wanted to be a swimmer and compete in the Olympics, but she thought her swimming career was over. Thanks to help from her doctors and coaches, Kathleen figured out the best way to manage her disease while working toward her goals. “I had to learn to train smarter, not harder.” Kathleen saw her dream come true when she competed in the 2016 Olympics and earned medals in the 4x100-meter medley relay and the individual 100-meter backstroke. Now Kathleen is training for the 2021 Olympics and wants other patients to know that they can accomplish anything they want – they just might have to go about it differently from others.

YouTube superstar Rebecca Zamolo was a Division 1 athlete in college, running track and field at the University of California, Santa Barbara. It came as a shock to her when her stomach issues turned into something bigger and she was diagnosed with ulcerative colitis. Her health went downhill fast – at one point, she was going to the bathroom up to 50 times a day and was hospitalized every three months.

She met her now husband Matt and they got married and went on their honeymoon. But when she returned, her doctor told her she needed to have surgery to have her colon removed and an internal pouch created. It was then that she decided to start sharing her story publicly and decided to document her journey on video from surgery to running a half marathon just two months after having her colon removed.

Years after her surgery, Rebecca is healthy and thriving. She is a YouTube superstar, actress, activist and all-around entrepreneur with over 35 million followers on social media and over 4 billion views on YouTube. She is most well-known for her popular YouTube series, “The Game Master”, and other family friendly content which includes videos ranging from family challenges, DIYs, 24-hour challenges and gymnastics. More on Rebecca and her videos can be found on her website, https://rebeccazamolo.com/.

“Surgery saved my life and I am forever grateful for it. But I know it's not a cure. I hope that one day we can find a cure, so no child or adult has to endure what I had to go through.”