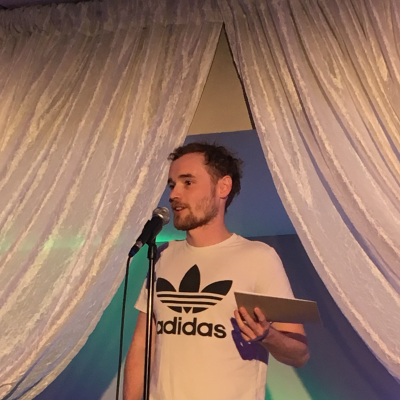 My story begins in January of 2009 at the age of 12. I began having symptoms of Crohn’s disease in November of the previous year, and it took a few months until I was officially diagnosed. After being diagnosed, I took several medications that did not work for me. I was still losing weight, still in a lot of pain, and overall was just not able to live life like a normal 7th grader. Eventually my parents and I agreed to enroll in a clinical trial for a subcutaneous biologic medication. I was initially nervous about participating in this trial because I was only 13 years old, but I knew if it was being studied, there was belief that it could really save my life.

Unfortunately, that medication didn’t work for me and I moved on to participate in another clinical trial for an IV biologic medication that was being studied for long-term efficacy. I was even more nervous because I saw what happened during the first trial; however, I decided to take a risk anyway. Before enrolling in the second clinical trial, I made sure to ask my doctor as many questions as I had, and my parents did the same. We read brochures about the drug and looked up information the Foundation had provided on their website. I decided that joining that clinical trial would be a worthwhile risk, and it ended up being correct as that medication gave me nine sold years of symptom relief. Eventually I had to stop taking the medication for a non-IBD related reason and began taking an already FDA approved medication, but I think I would participate in another clinical trial if the opportunity was available down the road.

When it comes to clinical trials, my advice to other patients is to advocate for themselves. Do your research and learn what you can. Ask questions about the medication, trial information, the endpoints, the inclusion and exclusion criteria... all of it. Above all, never feel pressure to enroll; go with your gut (pun not intended).