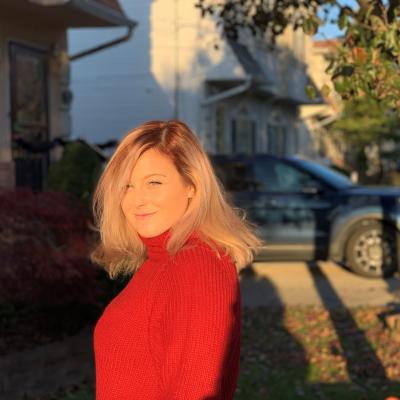 I was diagnosed with severe ulcerative colitis (UC) 12 years ago when I was 12. I honestly can’t remember what life was like when I was diagnosed. I remember originally being told I was lactose intolerant. As time went on and the Lactaid pills weren’t helping, my mom, who had UC herself, knew what was going on. All the symptoms I was experiencing were consistent with ulcerative colitis. A colonoscopy was performed and it confirmed that I had a severe case of it.

Throughout my years of suffering with this illness, I have seen at least seven gastroenterologists who all tried giving me different medications to try and get the disease under control.  However, nothing ever seemed to help. I was told about the surgery to remove your colon and I thought that would be the worst thing that could ever happen to me, so I just kept trying more medications. Finally, after more than 10 years with the disease, I learned about a specialist who only saw patients with Crohn’s disease and ulcerative colitis in New York. I scheduled an appointment to go see him and he basically told me I only had two options: either have surgery or participate in a clinical trial. To me surgery was not an option, so I went with the trial.

My research coordinator was the best! He sat me down on my first visit and explained every single detail. For my first visit, I think I was at the office for six hours. He explained all the tests I would need: at least two colonoscopies, a large amount of blood work almost every visit, at home stool kits, and a diary I would need to fill out every day. In addition, I was told all the facts about the actual trial and that I needed to know and understand there was a high chance of me not having the drug at some point. This was a last resort to me and I needed to do it.

The trial I was in had an 80% chance of receiving the drug in the initial randomization. After the first week and a half of starting the trial, I seriously felt like a new person. I was not waking up 25 times during the night to run to the bathroom, I actually slept. I had no pain anywhere—no abdominal pain, no joint pain, no fatigue, literally nothing. I was able to do “normal” things again, like go out with my friends, go to family parties, and just enjoy myself. After what seemed like the best two months of my life, I then went back to the hospital for my second midway scope. For the first time in 11 years, I got some good news. They had seen some improvement on this scope compared to the previous one. I was overcome with emotion. It was finally getting better, and I was happy.

It was time for the second randomization during the trial, and this time I had a 50% chance of receiving the drug.  Unfortunately, within two weeks after that midway point, I was back to being very ill, concluding for ourselves that I had gotten the placebo. As there was no open label for this trial, we decided it only made sense for me to pull out.

Even though it was devastating to go through that, I would do it all again. Not only were those two months the best for me, but knowing that I was a part of something that could help people in the future and not have them suffer is something that I will always be proud of taking part in.

After months of trying to get the medication that was almost exactly like my trial medication, I wound up having emergency surgery to remove my colon. This journey may sound like it has a bad ending, but I can assure you it doesn’t. After years of telling myself this surgery would be the worst thing that could ever happen to me, it wound up being the best. It is nothing compared to what I ever thought it would be and I am so grateful to be where I am now. When I woke up the day after my, I truly felt like a new person. In the year since my surgery, I got a full-time job, moved out on my own, and just overall had a better quality of life. It’s finally my time to enjoy life!