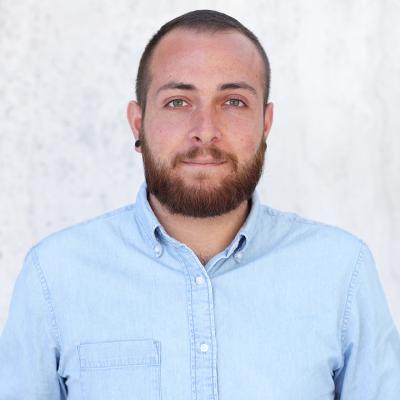 My journey with IBD started when I was around 14 years old. I had a series of ear and eye infections and had to go on multiple antibiotics over the course of about a year. Shortly after that time I began to experience many symptoms of IBD including bloody stool, diarrhea, pain, fatigue, and extreme weight loss. People around me noticed and would comment about how skinny I had gotten or how pale I was. Over the next few years, I spent a lot of time at the doctor getting blood tests and colonoscopies, and ultimately was never diagnosed with anything specific. The treatment of choice was an aminosalicylate medication and my symptoms mostly subsided.

Fast forward to my 24th birthday. I spent the day in the emergency room due to an abscess that had spread and caused a systemic infection.  I was sick with a fever for weeks and lost around 10lbs.  When I could no longer sit down without being in excruciating pain, I went to the hospital. After surgery, I was officially diagnosed with Crohn’s and was in the midst of the worst flare I’ve ever had. My doctor recommended taking biologics, which terrified me, but the thought of losing my colon was enough to get me to try. Unfortunately, they did not work for me. I was afraid to leave the house, even to go to work. I started to channel my frustration into changing my lifestyle by following a strict diet and exercising every day. Around this time, I began to take a higher dose of medication which, in combination with those lifestyle changes, was enough to calm my flare into remission.

In 2016 I moved across the country to start fresh in a new city and was feeling great.  Then I caught a stomach bug from a roommate and was thrown into another flare. This time, the frustration was too much, and I began to research different theories about what causes Crohn’s. After learning more, things started to make so much sense to me given the circumstances around my flares and disease. This is when I found out about clinical trials. I saw one in my area that was testing the theory of treatment with antibiotics. I had many fears, especially about being a “guinea pig” and all the possible side effects that could happen with a new medication. I decided to meet with the clinical trial coordinator to learn more, and they provided a ton of valuable information that made me feel comfortable about participating.

Conventional treatment options never seemed to work for me, which made me feel helpless, but also helped me to become my own advocate. Never be afraid to ask questions and do your research. The trial ended up changing my life to the point of never wanting it to end! We all know what it’s like to feel the frustration and helplessness that can come with IBD. Clinical trials can offer an alternative form of treatment that can not only change your life, but many others as well. I have been in remission for well over a year, and my quality of life has never been better.