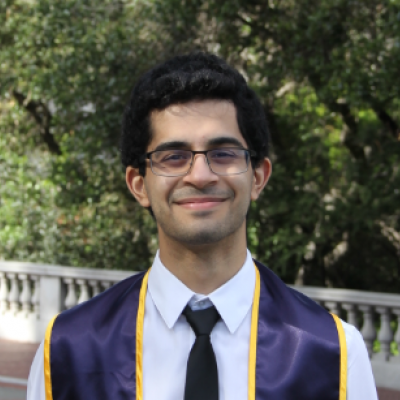 I was 6 years old when I was diagnosed with indeterminate colitis in September of 2005. What happened during the first few years with my disease is a combination of my memories and what my mom has told me. For three years, I was in and out of hospitals, trying different medications, and hoping to reach the light at the end of the tunnel called remission. Eventually, after trying multiple medications including a biologic, I finally found a treatment combination that worked.

Every year I would flare up once or twice, but for the most part I was fine for nearly eight years. However, in January 2016, everything stopped working. I visited the hospital eight times and exhausted all my biologic options until the only route left was surgery. I had a two-part surgery during the last few months of 2016 to remove my colon and create an internal pouch. Since then, I have struggled with pouchitis, a complication after surgery which led me to investigate participating in a clinical trial. I talked with my doctor and they had recommended I try another biologic to treat my pouchitis, but I wanted to see if there were any other options.

I went on Clinicaltrials.gov and searched for trials ones with the keyword “pouchitis.” I had done this before, and found a few which looked interesting, including one featuring a technique of using fecal microbiota transplant (FMT) to treat pouchitis, but not much else. I stumbled upon a study taking place at Stanford University and, since I live in California, it seemed realistic to learn more. I contacted the study director and after exchanging some emails, it seemed like a good fit. At this point, I was ready to try anything. Luckily, this clinical trial was for a drug which was already approved by the U.S. Food & Drug Administration. That eased any anxiety I had, as the medicine was already proven to be safe in other patients. Reading more about the drug and the trial, as well as talking with the doctor, helped me learn more about the trial and the possible outcomes.

I am going to start the trial soon and I am looking forward to seeing if the new drug can help with my complication, which has been left unsolved for months now. However, this is not the first clinical trial I have participated. In 2016, I developed another complication, blood clots, due to a combination of chronic inflammation and increased risk factors such as, being a young male with an autoimmune condition and engaging in minimal physical activity due to chronic fatigue. The standard therapy was a shot in my stomach, which made me unhappy.

Luckily, a doctor came into my room while I was in the hospital during a stay and told me about a clinical trial where instead of taking a shot, I could take a pill daily. I opted for the pill, and luckily, I fit the study inclusion criteria and was a good fit. This trial was a Phase IV trial and aimed to get approval for a blood thinner medicine in pediatrics and it had already been approved in adults. Talking to the doctors about the trial helped as they answered all my questions. Overall, that clinical trial went well. I completed it while taking the pill and I had no blood clot issues after that.

Overall, I am a big supporter of clinical trials and their potential to help patients when current therapies aren’t simply working. For anyone considering joining a clinical trial, know that an immense amount of work goes into making sure the trial is run correctly, the drug is made to be as safe and effective as it can be, and that every drug taken by a human today once was given to patients in a clinical trial. Innovation is the main way to make progress in the field of healthcare, and if I get the chance to participate in a trial which will help me, I will join.