Say Game Over to IBD: A Former NFL Kicker's Perspective on Ostomy Surgery

Nearly four decades have passed since former NFL kicker Rolf Benirschke underwent ostomy surgery for ulcerative colitis after all other treatments failed to control his disease. Since that time, many new therapies have been developed to better treat patients and the prognosis for patients with inflammatory bowel disease (IBD) has improved. Yet even with new treatment options, better access to care, and more familiarity with Crohn’s disease and ulcerative colitis, a modern-day patient still faces the potential of ostomy surgery and can immediately empathize with how Rolf felt when he woke up after his surgery and realized he was facing a “new normal.” 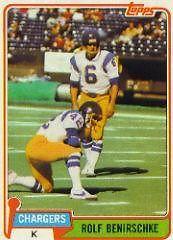 Rolf, who played for the San Diego Chargers (now the Los Angeles Chargers) from 1977-1986, was in the prime of his NFL career when he was diagnosed with ulcerative colitis. Debilitating abdominal pain made it difficult for him to keep up with his intense athletic training and prevented him from even enjoying a meal with his family. During the final month of his second season, he went to the hospital immediately after every Sunday game where he received total parenteral nutrition (TPN) all week before rejoining his teammates the following Saturday to prepare for their next game.

“Statistically, it was one of the best years of my career, but there could have been a footnote that said the young kicker was dying,” Rolf recently told the Foundation in an interview. “It was a tough situation.  I couldn’t go out because I was worried about accidents. I had no social life, and I was in pain. But the most difficult challenge was dealing with my fear of the future because I just didn’t know how there could be a positive outcome. I was convinced that if I had ostomy surgery, my career as a professional athlete would end and, even worse than that, I would be letting my team down.”

Since Rolf’s father was a pathologist with colleagues who were IBD physicians, Rolf was diagnosed relatively quickly.  Unfortunately, the prescribed steroid treatment regimen did not control his symptoms. At the time there was only one other option for patients for whom dietary changes, steroids, and alternative medicine did not work: ostomy surgery.

Four games into his second season with the Chargers, Rolf was flying home with his teammates when he collapsed on his way to the bathroom in the plane.  Immediately upon landing in San Diego, he was rushed to the hospital and doctors determined he needed emergency surgery.

“My worst fears were being lived out,” Rolf said.

Days after Rolf had part of his colon removed, a nurse found him unconscious on the floor of his hospital room due to an infection in his bloodstream. He was rushed back into surgery and underwent a total colectomy. At that point, Rolf was septic, his organs were shutting down, and his parents were told that he may not survive the night.

During Rolf’s six weeks in the intensive care unit, his body battled the infection, and it was clear to him that the life he loved was probably over.  There would be no more skiing, playing tennis, or going to the beach — all the things he enjoyed.  And it was also apparent that his career as a professional athlete had definitely come to an end.

But against all odds, Rolf slowly regained his strength and under the watchful eye of his conditioning coach, he eventually returned to play seven more seasons in the NFL, with his ostomy! As Rolf’s story got out across the country, he was inundated with fan mail from fellow IBD patients who thought that if he could return to playing professional football after his ostomy surgery, they could do virtually anything they wanted to do as well. 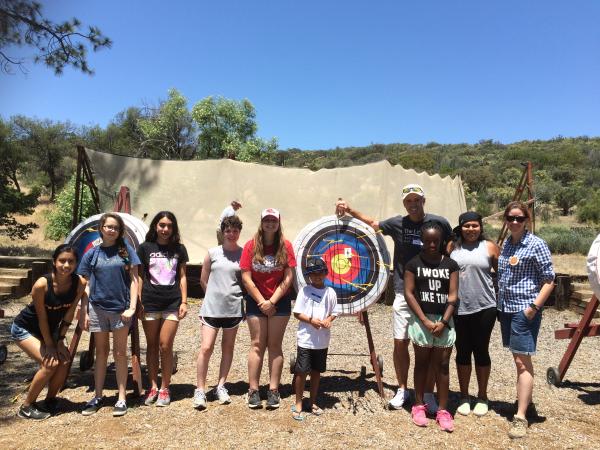 After speaking to thousands of patients, Rolf says sadly, “I have heard far too many people who struggle with IBD say, ‘I would rather die than wear an ostomy appliance. ’ It’s completely understandable because they don’t know what life can be like on the other side.  I felt that way too. But I’ve also had the opportunity to walk alongside many of those people as they adjust to their new life with an ostomy and heard them say, ‘Wow, if I had known that I could live pain-free and get my life back to enjoy all the activities I love, I would have chosen to have ostomy surgery sooner.’”

Rolf is in the process of launching the Alive & Kicking Ostomy Recovery Program to virtually hold the hand of someone going through ostomy surgery and transform their experience through daily inspirational and educational coaching tips provided by industry experts and passionate patients. By sharing the stories of ostomy patients – from firefighters to professional golfers to moms — people recovering from ostomy surgery have the opportunity to gain confidence that they can be active, have intimate relationships, travel, and live fulfilling lives post-surgery.

“We are done letting this disease and all of its nuances control our lives. We have to get educated, we have to be around other people who are going through it, and we have to be able to talk about it publicly. When you have a community that can support you, that makes all the difference.”

While there is no cure for Crohn’s disease or ulcerative colitis, ostomy surgery can play a key role in reducing symptoms and improving quality of life, especially for patients for whom other treatment options have failed.  Surgery allowed Rolf to say “game over” to his disease and live an active, fulfilling life dedicated to helping other IBD patients do the same.