I didn’t know much about Crohn’s disease before I met Darian and only Googled what it was. However, I feel that we learned how to be prepared early in our relationship for how Crohn’s could, and would, affect us both.

Darian and I were dating for six months when I had a sudden family death. A few days later, Darian mentioned large amounts of blood in his stool over the last two weeks, hoping it wasn’t his medicine losing efficacy. Between that and the family death, everything was a complete mess. We both immediately went into “let’s fix this now” mode, and everything was hectic. We started to rely on each other more emotionally and mentally without even noticing it. 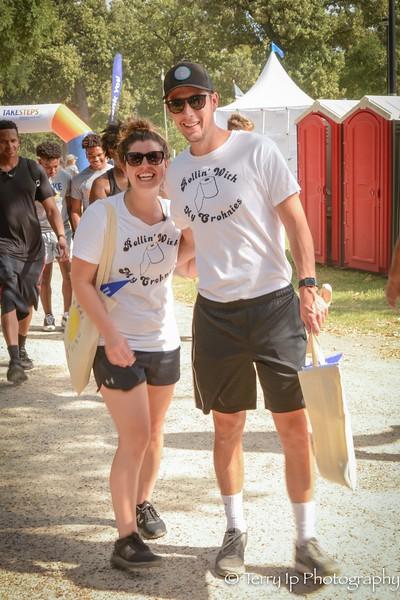 After trying two more medicines, another colonoscopy, unanswered questions, and a change in doctors & specialists, Darian’s new doctor suggested a trial to reduce inflammation & improve his symptoms. His doctor explained that he would inevitably have surgery one day since he had several inches of scar tissue where his small intestine met the large intestine. In fact, in 12 years, he’d never had a full colonoscopy because the scope wouldn’t fit through the narrowed part of his intestines. After six smooth but stressful months on the trial medicine, Darian ended up in the ER with a bowel obstruction. He was immediately taken off the trial and given steroids, iron pills, and antibiotics. Once again, we changed our way of living and thinking to jump over the next Crohn’s hurdle.

His soon-to-be surgeon placed Darian on a soft food diet over the next three months to give his intestines time to heal before his surgery. This gave us time to save money and prepare for Darian being out of work for two months after the surgery. We started to meal prep to reduce food costs, but I hope to never meal prep for soft foods again! We still can’t look at boiled chicken the same. We kept a strict spending budget even though we constantly go to concerts, travel, and try new food places. We both worked as much overtime as possible to put back any extra money. We also attempted to keep stress levels down since it can affect the immune system and leaned on each other knowing these choices would affect both of us over the next several months.

His surgery of removing 16 inches of intestines went flawlessly, and our lives did a complete 180!

Because of this experience, Darian and I have learned how to be 100% honest with each other about pain levels, medical bills, endless doctor visits & medicines, and future plans. If we couldn’t depend on each other for what Crohn’s threw at us, we knew we wouldn’t be this mentally or emotionally strong together. 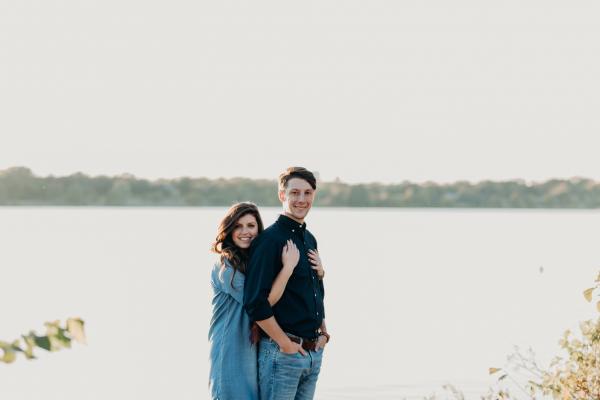 Crohn’s disease forced us to become extremely comfortable with very uncomfortable topics early in our relationship. We found additional support through the Crohn’s & Colitis Foundation, which gave us answers to our questions, recovery tips, recipes, surprise friendships, and fun events like Take Steps that support us by being around others who battle the same problems. Crohn’s disease can be a mentally draining journey for both the patient and caregivers, but the Foundation has proven time and time again we are all in this journey together.

Darian is somebody I look up to and will always be my hero, no matter what life brings us. He is my superman 24/7/365.

Sarah Andrews is a Take Steps participant from North Texas and the caregiver of a Crohn's patient.

Show someone (or yourself!) you love their guts during February by purchasing a #LoveYourGuts shirt! Click here to buy a shirt and help support the Foundation's research, education, support, & advocacy programs.