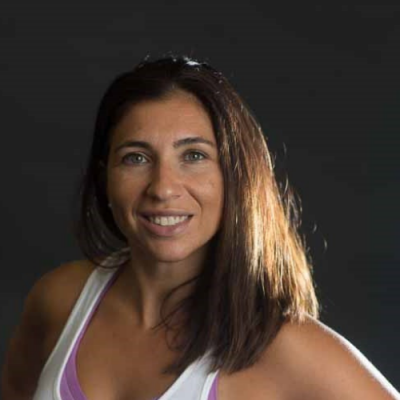 Sabrina's daughter, Emilia, was diagnosed with Crohn's disease at just 8 years old. Since then, Emilia has participated in three clinical trials in the hopes of helping other children with IBD.

In May 2017, Emilia started having persistent fevers and diarrhea. As most parents would, we gave her ibuprofen to control her fever and followed up with our pediatrician. She stopped eating and was experiencing terrible pain. We were in the emergency room three times over the course of a few months; each time we were sent home to follow up with the pediatrician. Emilia had lost 15 pounds very quickly and, because the hospital did blood tests at every visit, we had data to support her failing health.

Getting an appointment with a gastroenterologist was not easy, but I believe the angels were on our side the day I pleaded to get her to see a specialist within a week. Upon review of her medical records, the gastroenterologist immediately told us to go home, pack our bags, and bring her back that evening. Her hemoglobin had dropped so quickly they were afraid she might have a heart attack. My 8-year-old was in dire straits. When we returned to the hospital, she was immediately taken for a blood transfusion, and then the days of testing started. She was so frail, so little, and so hungry! Two days later, they were able to scope her and we immediately received the Crohn's diagnosis. She was ulcerated from her esophagus to her ileum. Emilia started medication infusions the next day.

Since then she has had several flares. She recently went for repeat scopes and still has inflammation in her ileum, so she is also on steroids. But my child is a fighter. She has energy and spunk even on her worst days. Sometimes we can't get her to rest. She has since started middle school and while she isn't open with everyone about her diagnosis, she does tell her friends. We have also been able to meet many other kids with Crohn's through the local Cohn’s & Colitis Foundation chapter.

Emilia has been involved in three clinical trials, all non-invasive and no additional drugs were involved. She wanted to participate because she knows it could help another child. The first one was a yoga and IBD trial where she participated in children’s yoga classes and completed questionnaires to record her IBD symptoms. Another was a microbiome study where she completed food logs and symptom diaries. The third was a study which utilized interviews with the patients only. She has enjoyed participating in these studies.

Because we have not participated in a drug trial, I cannot comment on that type of trial. It would be a difficult decision to make because it depends on the risk versus the benefits of my child’s condition. We're certainly open to participating in more trials in the future.