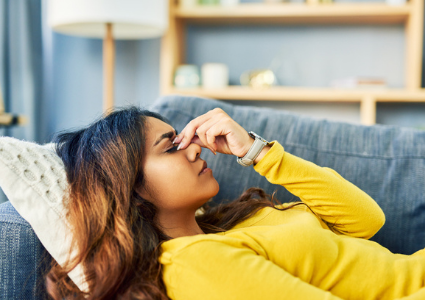 Did you know that fatigue is one of the most frequently reported concerns of IBD patients? Fatigue is defined as an overwhelming sense of tiredness, lack of energy, or feeling of exhaustion that is not relieved after rest or sleep. It affects nearly 80% of IBD patients with active disease and 50% of patients in clinical remission.1,2,3

What causes fatigue in IBD patients?