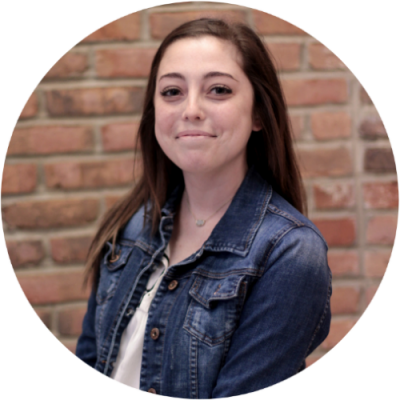 Abby Shelley, of Nashville, Tennessee, opens up about her battle with Crohn's disease and why she's advocating for step therapy reform in her state.

I was diagnosed with Crohn’s disease at 16 years old. Though I struggled with joint pain and debilitating, embarrassing GI issues for years, I hid my disease until it became severe in my freshman year of college. At that time, my doctors said I would benefit from a targeted biologic medication, but my insurance company demanded I first try and fail multiple oral medications in a practice known as step therapy.

It was one of many times my insurer would make me “prove” a medication wasn’t working before allowing me to try something that might slow down my disease. Such an approach is especially cruel with a progressive disease like Crohn’s, because deterioration is irreversible.

I was on ineffective oral medications for two years before my insurer approved the first biologic treatment on their ranked list. Unfortunately, the order of medications that worked for them did not work for me. Though my condition was obviously worsening, I again had to wait until “the data” proved failure before switching. In the meantime, my intestine was so damaged that I needed to have a bowel resection.

After that surgery, I tried two more ineffective biologic treatments, both of which I had to fail. Crohn’s forced me to drop out of college, and I was so ill that I spent the better part of the next three years isolated in my childhood bed or in a hospital. As a last-ditch effort, I was finally allowed to try a medication that—thankfully—is working. While other parts of my GI tract improved on this medication, my colon was already so damaged that it had to be surgically removed.

My Crohn’s has been in remission for two years, and life is so much better. After a disease-induced hiatus, I’ll graduate from college this year. I have a good job, good friends, and a full life with my wonderful family nearby. I’m thankful I am self-sufficient and no longer need them to take care of me. However, I believe insurer-mandated step therapy caused me to lose five years of effective treatment, better long-term health, and a higher quality of life. I lost friends, precious time, and my colon. I can’t help but think my disease might not have progressed so far if I’d been allowed to take the right medication sooner.

That’s why I am advocating alongside the Crohn’s & Colitis Foundation as they call on Tennessee and federal legislators to pass step therapy reform, so all patients with private insurance have access to an expedient and medically reasonable appeals process.