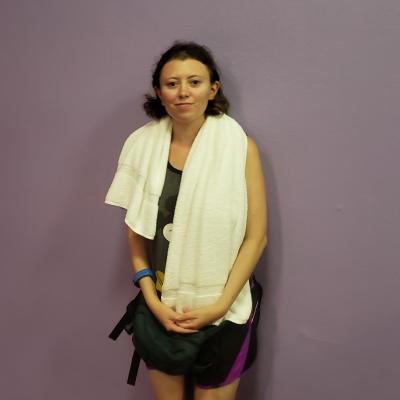 In April ‘17, I was your typical 18-year-old; trying to figure out what to do with my life. Then, I seemed to be atypical. The majority of society excretes normal looking waste, while I was excreting red waste in excess and this issue didn’t go away. Finally, I was diagnosed in May ‘17 with severe ulcerative colitis by a pediatric gastroenterologist [GI] at 19. I was on oral and/or liquid medications/supplements, one of which was Iron supplements for about 3 months. The medications for my colon worked fine, but they weren’t long term medications. This pediatric GI doctor didn’t seem very knowledgeable about IBD [inflammatory bowel disease]. After using up my medications, not seeing the Pediatric GI, and changing insurances, I finally ended up seeing 2 adult gastroenterologists in the month of November ‘17. The 1st one told me to see the 2nd one because “my case was too severe to know what to do”. When I saw the 3rd gastroenterologist, my Iron levels were very low again since I was on no medications until I started the infamous IBD steroid when I saw the 2nd GI doctor.

I was taking oral Iron again and then, this final GI doctor said to stop it because Iron is harsh on the digestive system. The original option was to get IV Iron, but then there was a clinical trial that had 2 options of trying a specially formulated oral trial Iron, vs. the standard IV Iron. I ended up taking part in this clinical trial. I didn’t really know much about clinical trials at the time, but I figured I don’t have much to lose. The trial sounded like an interesting alternative because at that time I didn’t know much about IV medications either and it seemed like it would be too much Iron getting put into me at once. The oral study Iron has worked and brought my Iron levels to normal range.

The only thing I was concerned was that this new oral Iron wasn’t well known about. This is a common misconception because some people would say the same thing “Why should I take a medication that isn’t well known about”? My outlook did change since taking part in one and I would definitely participate in one if given the opportunity. It also helps that I’m more knowledgeable about IBD. One piece of advice that I would give another patient considering a clinical trial, is that you can ask as many questions as you want if you’re not sure and can always say no or opt out if it doesn't work out. Another piece of advice, would be that as well as helping yourself possibly find the right treatment, you’re also helping others. Also, if you’re not financially stable, it’s a consideration for a temporary treatment, and then once you become stable you can reconsider the standard options.