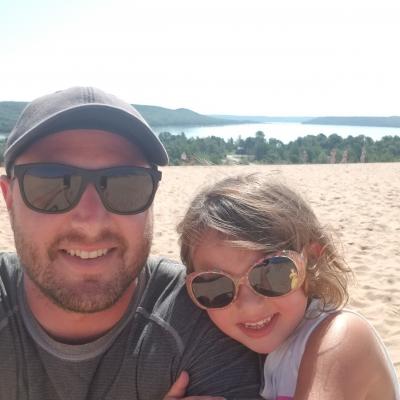 If you want to get healthy, you must believe that there is light at the end of the tunnel no matter how dark, cold, and damp that tunnel gets. I am uncertain if my disease will ever resurface; however, if it does…I AM READY! 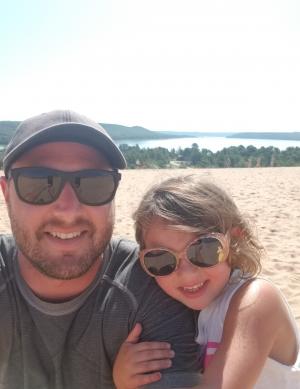 In November of 2014, an enormously painful half-dollar sized perianal abscess took me by surprise. At the time, I had no idea what an abscess was, or where the perianal region was, so I went to my internist to learn more. (For readers who don't know, a perianal abscess is when a collection of pus develops near the anus). He directed me to a colorectal surgeon, who insisted that we immediately cut and drain the abscess. After two surgical attempts, he surrendered to the uncontrollable buildup of fluid, and passed me along to another surgeon.

This new surgeon was more tactful in his approach, but he was fighting a harder battle. The abscess had grown into abscesses, that manifested into a intersphincteric fistula. After four more surgical cuts and drain attempts, he could no longer cut because the skin was too raw.

The next option presented was an ileostomy, in which a stoma is opened, and a bag is placed over the stoma to collect waste products that usually pass through the colon. The decision was nuclear, but I had the procedure performed.

The ileostomy failed, causing massive blockages inside of my small bowel. This complication led to many emergency hospital visits and the use of an NG tube. After even more complications, an ileostomy revision was performed in which I was admitted into the hospital for twenty-three nights.

After my discharge, I was introduced to the head GI at the University of Michigan and he put me on two new medications hoping to heal my fistulas. At this point I had also been introduced to a highly regarded GI at The Mayo Clinic in Rochester, MN. I was also introduced to another surgeon who would manage my surgical treatment. For the next eight months I visited Mayo Clinic dozens of times in hopes that my fistulas were healing. Progress was checked through a Pelvic MRI conducted at each visit. The MRI's continued to show no improvement.

I was told that complex perianal fistula (cpf) healing isn't measured in days, weeks, or months, but, rather years.  Refusing to accept this answer, I went home that evening and went onto clinicaltrials.gov in search of something that could accelerate my healing. I found numerous trials around the world for cpf's and started reading up on the studies.

There were a lot of elements to weigh before making my decision. Some trials were higher risk with a higher reward, and some lower risk with a lower reward. I took into consideration the country and its medical establishments, time of healing, number of treatments, cost, and many other factors.

The trial I found most interesting was a study on the efficacy of a stem cell procedure being performed in Madrid, Spain. The two leading doctors behind the study had excellent credentials. I spoke to several trusted members of my care team to validate the high standing reputation of the institution, and I set out to make contact with the study coordinators.

I emailed them explaining my condition, my research on their trial, and my eagerness to fly to Spain for treatment and almost instantly received a response back. The next steps included formalities, like sending them some of my medical information so they could validate my condition. After a few weeks of back and forth I was accepted as a patient, however, since only European Union citizens technically qualify for the study, I would have to pay cash to receive the treatment.

All that was left to do was to seek final approval from the quarterbacks of my care team, aka my doctors at Mayo. Proving the efficacy of the treatment took two visits to the hospital spread over the course of six months, in which I shared all the trial information with my GI and surgeon.

If they had any reservations about the treatment, I was prepared to follow their advice and forgo participating. They could not have been more open, excited, and encouraging for me to try this option.

When I arrived in Spain, I was to have liposuction performed to extract the adipose tissue to collect cells for replication. This happened first thing in the morning, and I was put under general anesthesia while the plastic surgeon performed the procedure. The surgical room was very sterile, and had all of the modern equipment you would find in US hospitals. I woke up to my stem cell surgeon running over in excitement! He was holding a small vial containing the five million stem cells collected.  He was so animated it seemed as if this was the first time he was going to perform the procedure. To see the smartest and most experienced person in the room respond with such enthusiasm elated me. I was relieved that we had been able to culture the cells successfully. It was truly a special moment. A few hours after the liposuction, the surgeons injected four million stem cells into the branch fistula and one million into the main trunk.

Eight weeks later, I was back home in the USA, visiting Mayo Clinic to see the results. My GI and surgeon were anxious to examine me, so they did so together.

With results from my MRI taken earlier in the day, they concluded that the results revealed a closed fistula at the branch -- the stem cell treatment worked!

I went back to Spain in April of 2017 for my second treatment, which consisted of placing about forty-five million cells into the remaining fistula. I did not have liposuction performed this time around, as they were able to culture enough cells from the first procedure to produce the needed amount. After returning to the states, I had a few visits back to Mayo without a clear result, waiting to see if the stem cells worked. Finally in July, it was concluded that my fistulas were officially healed! This result gave me the opportunity to get my ileostomy removed on November 8th and I haven't looked back since.

I owe my successful recovery to my family's unwavering commitment to my health, my team of doctors who never gave up on me no matter how many times I asked them to throw in the towel and make my ostomy permanent, and of course, I must give credit to myself -- the patient.

I fought hard, did my research, asked the right questions, educated myself to question how I was being medically and surgically managed, and I never gave up hope.

If you want to get healthy, you must believe that there is light at the end of the tunnel no matter how dark, cold, and damp that tunnel gets. I am uncertain if my disease will ever resurface, however, if it does…I AM READY!

To search for IBD trials, please visit our clinical trial finder at trials.crohnscolitisfoundation.org. 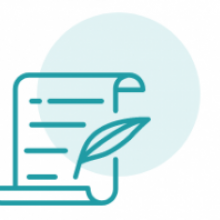 We want to hear your IBD story

Do you have a story you feel needs to be shared with our community?