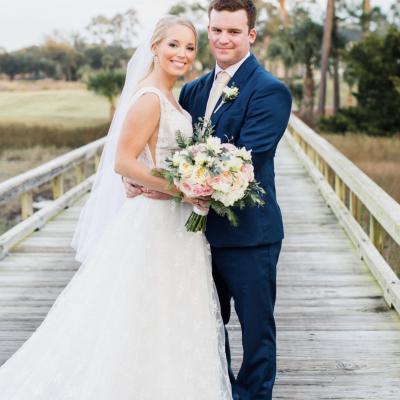 I never thought I would be someone who would be a part of a clinical trial. Doctors can only provide so many answers, but there was still a chance that this trial could help me, and in the process, I would be contributing and helping the future of IBD.

For much of my life, abdominal aches and cramps, along with bowel urgency, never seemed serious enough to talk about with a doctor. Eventually, the abdominal pain I was dealing with increased to a point where normal activities became less feasible and more tiring. Before I knew it, I was reviewing colonoscopy results with my doctor, who confirmed I had Crohn’s disease. I didn’t know what Crohn’s disease was and remember the first thing my doctor told me: “This disease has no cure.” I was devastated, angry, and confused.

After my diagnosis, Crohn’s was all I could think about. I wondered what could have been the cause, if I could have prevented it, but mostly why it was happening to me. I was just shy of 25 and my life was flipped upside down. I felt as though I had to grow up overnight. It was time to fight this. First, we tried to tame the disease by starting my first medication, a biologic, but found little success. Soon after, I sought a second opinion from a doctor who wanted to be more aggressive in my treatment.

After a drastic drop in weight, which is always my first indication of the start of a flare, followed by urgent, more frequent loose bowels and pain, my doctor scheduled a colonoscopy. It was 2017 and I was newly engaged, looking at wedding venues with my mom when my doctor called. He informed me I needed surgery and I needed it soon. One month later, they removed 11 inches of my small bowel. After the intensive procedure and long recovery, they started me on another biologic medication. Like previous attempts, that didn’t last long, and I moved on to my third biologic.

Within such a short period, I cycled through medications that all seemed to carry both promises and risks. I went in for routine bloodwork and, once again, received the dreaded results: my medication was not working. After failing another drug, my doctor told me about a clinical trial that he thought we should consider. He explained that it was different than the other types of medications I had tried. I never thought I would be someone who would be a part of a clinical trial. Doctors can only provide so many answers, but there was still a chance that this trial could help me, and in the process, I would be contributing and helping the future of IBD. I was nervous, overwhelmed, and scared of the unknown, but I decided to give the trial a chance.

By the time I started the trial, my disease was progressing quickly. During the initial phase of my trial, things got bad fast. I couldn’t eat and subsequently I lost 45 pounds. I could barely leave my bed. This pain was new—it was unlike anything I had ever felt before. Being a part of the study was hard, and I often wanted to give up and quit. But what kept me going was my desire to make it to the end to get the full results. I wanted to find the right medication for my body that would provide me with relief from my constant pain and suffering, both physical and emotional, that come with having Crohn’s disease. And since this study drug was like none of the other medications I had tried, it gave me hope that this would be the one.

Living with Crohn’s means dealing with both successes and failures. The trial was a success in the sense that I was able to complete the first phase of the study, though the results would indicate a failure. I barely made it through the entire duration, but completing this phase was just as much of a win as it was a disappointment. I was then able to go on the long-term study which meant I knew I would be on the medication, but my symptoms had progressed. The first phase was a double-blind placebo study which meant I did not know if I was actually receiving the medication or the placebo. Once I started to get sick, I assumed I was definitely on the placebo, but knowing I did not have a lot of conventional medication routes remaining, I wanted to give this other phase of the study a try.

I was on the study drug just shy of six months when I started having some mild symptoms and after some routine tests it showed my Crohn's was getting worse again. I obviously was crushed that this didn't work, but I am also no stranger to medication failure. Luckily, there is never much time to feel defeated before I'm put on steroids, which is the only medication to date to relieve me of my symptoms and bounce me back to the path that my doctors and I decide is best. I am pleased to share that I am feeling well now, and things seem to be progressing in the right direction. I do remain cautiously optimistic.

I wouldn’t change a thing, even the hard times I went through to get here. Regardless of the outcome I know I gave it all I could, and I was able to provide the IBD community with further knowledge on how this medication can treat someone. Everyone is unique and just like any other medication I have tried, I don’t know how I will respond and what side effects will happen with my body. But, more so than ever, I have medical professionals watching over me and I feel safe. I have good and bad days, but any medication that gives me the opportunity for more good days skiing or more quality time with friends and family is something I want to try. I would not hesitate to enroll in another study because it is a win if I know I am contributing to the future of IBD. That is a success, and it helps me regain a little of the control this disease has taken from me.