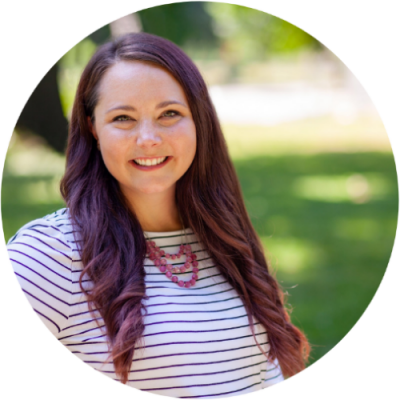 Samantha Rynearson, a patient advocate from Selinsgrove, Pennsylvania, shares her battle with Crohn's disease, her fight for effective treatment, and why she's calling on state and federal legislators to pass step therapy reform.

Time is not on your side when you have Crohn’s disease. Finding the right treatment quickly is key to stopping, or at least stalling, progressive intestinal damage. That’s why I get so angry thinking about the eight months my disease worsened while my insurer required me to try and fail medications my doctor didn’t even think would work—a process known as step therapy.

I was in college, pursuing my passion for baking, when I started losing weight and experiencing frequent diarrhea and stomach pain. It was a tough time physically and emotionally, and I was treated for anxiety, depression, and anemia. After nine months of doctor visits and tests, a GI specialist diagnosed me with Crohn’s, a chronic, incurable inflammatory bowel disease (IBD).

I controlled my Crohn’s symptoms with an oral medication for a few years. I experienced nearly a year of sweet bliss when my disease went into remission during pregnancy. Then, when my daughter, Jude, was nine months old, stress caused by a bad car accident triggered more symptoms.

Though my doctor recommended a biologic treatment to try to halt intestinal damage, my insurer insisted we prove failure on other drugs before I could try this more aggressive, more expensive medication. Insurers call this fail-first approach step therapy—I call it cruel. Over eight excruciating months, I tried and failed on steroids and had an allergic reaction to another medication before my insurer finally approved the biologic we’d requested.

Though I quickly felt much better with this new drug, I now needed surgery for bowel blockages caused by scar tissue that developed while my disease had been allowed to progress. I had 12 inches of intestine removed and discovered that my food had been passing through a hole the size of a straw. While no medication could have eliminated that scar tissue, getting the right medication sooner might have prevented the scarring and need for surgery at so young an age.

Today, I find tremendous joy in my family. And while I had to give up baking full time because the stress of being on my feet all day triggered symptoms, I’m still an avid and competitive baker. My life is good, but it’s frustrating knowing step therapy made my journey harder than it needed to be. That’s why I am advocating alongside the Crohn’s & Colitis Foundation as they call on Pennsylvania and federal legislators to pass step therapy reform, so all patients with private insurance have access to an expedient and medically reasonable appeals process.