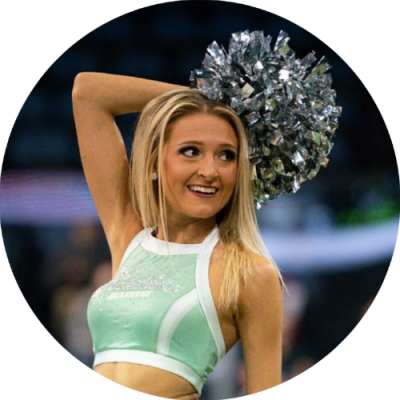 Sydney Arnold is a patient advocate from Mesquite, Texas. Learn more about her battle with Crohn's disease and insurance-mandated step therapy.

My favorite part of high school was being on the dance team. But when I got Crohn’s disease, I became exhausted and depressed, and I could barely make it through practice. Fortunately, after I was diagnosed and began treatment, I started to feel like my energetic, upbeat self again. I was practically symptom-free, until insurance-mandated step therapy damaged my physical and emotional health.

I was fifteen years old at diagnosis and, naturally, upset when I learned I had Crohn’s, which is an incurable inflammatory bowel disease (IBD). Fortunately, the first biologic medication I took effectively eliminated my pain, exhaustion, and depression, and I was able to fully enjoy my final three years of high school. But my parents got a new insurance carrier when I was a freshman in college, and I was devastated when they said they wouldn’t cover my medication. Instead, I’d have to try and fail less aggressive (and less expensive) drugs before I could take it again. This “try and fail” approach is what health plans call step therapy.

I was supposed to get an infusion of my medication every eight weeks. While my doctor fought to convince my insurance company that it just didn’t make sense to stop a treatment that was working so well, the eight-week mark passed. They relented at week 11, and I was allowed to begin treatment again. But the damage was done. Even though I missed just one infusion, my body had built up antibodies and the medication no longer worked.

From there I got much sicker. I developed arthritis and red, painful lumps on my hands and feet. I began taking a combination of steroids and two other medications to try and control my Crohn’s symptoms. They eventually helped but had horrible side effects. I lost my hair, gained 20 pounds, and had uncontrollable acne. I once again experienced depression. Fortunately, I’d learned in high school how medication and counseling could help.

I’m 25 years old now and no longer suffer serious side effects. I danced professionally for two years, and I recently got married. Life is good, but because of my insurance company’s decisions, I still haven’t been able to maintain control of my disease the way I did before.

That’s why I’ve joined the Crohn’s & Colitis Foundation in raising awareness of the Texas-passed step therapy reform laws, and calling for the U.S. Congress to pass step therapy reform, so that all patients with private insurance have access to an expedient and medically reasonable appeals process.