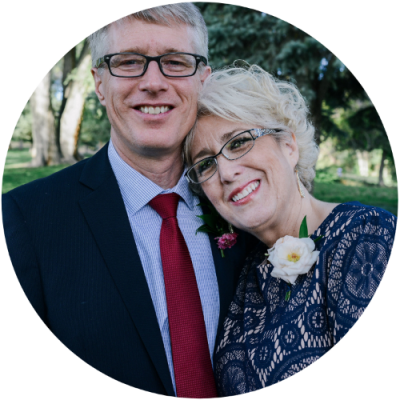 Teresa MacDonald, of Tacoma, Washington, opens up about her fight against Crohn's disease and why she became an advocate for step therapy reform.

I’ve had some difficult times along my journey with Crohn’s disease. The most infuriating by far was when a doctor told me I’d have to “earn” the right to take a new biologic medication. After 25 years living with painful bleeding ulcers in my intestines, scar tissue blockages, surgeries to remove more and more of my intestine, demyelination of my spine, and more...I told him I’d earned it in spades. And I became an advocate for step therapy reform.

The idea that I’d have to “earn” the right to try a particular treatment is a process called insurance-mandated step therapy, which requires patients to try and fail the insurer’s preferred medication before allowing them to take what they and their doctor think will work best.

I know all too well the debilitating effects of taking the wrong medication. I was a young mom of four when I was diagnosed with Crohn’s disease, a type of inflammatory bowel disease (IBD). My doctor put me on an oral steroid for a very long time, and the side effects from that were horrible. The medication often made me feel exhausted, rage-filled, and sleep deprived.  After learning that I broke 14 bones in my feet because the steroid caused my bones to become brittle, I finally told my doctor I’d had enough.

Over the years, scientists have developed many new IBD treatments that can effectively treat abdominal pain and prevent or halt irreversible intestinal damage. But so often, step therapy stands in the way of patients accessing these treatments. Instead, they and their doctors spend weeks or even months trying to prove a steroid or other older medication isn’t working. And in the worst cases, during that time steroids weaken patients’ bones, severe pain and other IBD symptoms remain untreated, and the disease progresses, causing irreversible intestinal damage.

When my eldest son was in college, he called to tell me his best friend was diagnosed with ulcerative colitis. While my husband, children, and I have always found the good in my situation, my son was devastated for his friend, knowing how IBD has affected my life.

Improving outlooks for a new generation of patients is one of many reasons I’m joining the Crohn’s & Colitis Foundation to raise awareness of the Washington-passed step therapy reform laws, and calling for the U.S. Congress to pass step therapy reform. No one should have to endure the decades-long saga I have, and I believe all patients with private insurance should have access to an expedient and medically reasonable appeals process.