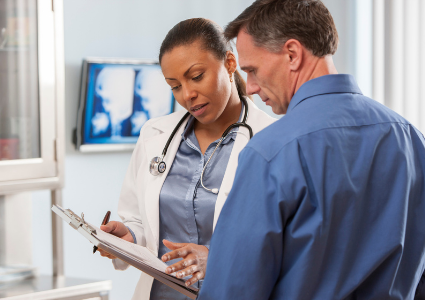 IBD Plexus® is the largest data platform with biosamples in the IBD field. We are breaking down traditional barriers to data and scientific collaborations to generate high-impact research to advance the science of IBD.

The data and biosamples collected from our research initiatives —SPARC IBD, IBD Qorus, the Pediatric RISK Stratification study, and IBD Partners—drives the value of our exchange network. Use the list tool below to find peer-reviewed manuscripts, abstracts, and posters from leading experts across industry and academia.

SPARC IBD is a multicentered longitudinal study of adult IBD patients, which will collect and link clinical data, patient-reported outcome data, and serial biosamples through the course of the patients' disease. Learn more.

Chicken or Egg, Mental Health Disorders in Inflammatory Bowel Disease: Does It Matter?

The Microbial Landscape of Ulcerative Colitis in Endoscopic Remission

The Microbial Landscape of Ulcerative Colitis in Remission.

Change in urgency among ulcerative colitis patients: Analyses from the SPARC IBD

Journal of Crohn's and Colitis, May 2021

A strategy to solve complexity of physician diagnosis using a mixture of Patient Reports and Provider Reports: A Case Study of Crohn’s Disease Phenotypes

Journal of Crohn's and Colitis, May 2021

Patients with penetrating and/or stricturing Crohn’s disease have a higher reported prevalence of active intestinal and extra-intestinal symptoms, surgeries and need for biologics: Analysis of the study of a prospective adult research cohort with IBD

IBD Qorus™ is designed to drive improved care and health outcomes for patients living with IBD. This first-ever adult IBD learning health system leverages the power of a collaborative improvement network. It brings together providers and patients across the United States to focus on improving how care is delivered in order to produce outcomes-driven results. Learn more.

Fostering Collaboration Through Creation of an IBD Learning Health System

The Foundation launched its Pediatric RISK Stratification Study to document and examine Crohn’s disease in children in hopes of finding a diagnostic predictor of which children will later develop serious complications requiring surgery. Learn more about the RISK study.

Journal of Crohn's and Colitis, August 2020

Variation in care in the management of children with Crohn’s disease: data from a multicenter inception cohort study.

The Effect of Early-Life Environmental Exposures on Disease Phenotype and Clinical Course of Crohn’s Disease in Children.

Utility of neutrophil Fcγ receptor I (CD64) index as a biomarker for mucosal inflammation in pediatric Crohn's disease.

Increased Effectiveness of Early Therapy with Anti-Tumor Necrosis Factor-α vs an Immunomodulator in Children With Crohn's Disease.

IBD Partners is a patient-powered research network and an online registry with more than 15,000 adult IBD patients from across the country. There is a parallel registry of over 900 kids and teens.