A Look Back at Our Beginning

IBD before the Foundation

For many years, little was known about Crohn’s disease and ulcerative colitis. Ulcerative colitis was first described in 1875 by two English physicians, Wilks and Moxon, who distinguished it from diarrheal diseases caused by infectious agents. Reports of a disease with similar symptoms to ulcerative colitis date back to before the Civil War, although it was not named as a distinct disease until 1875. 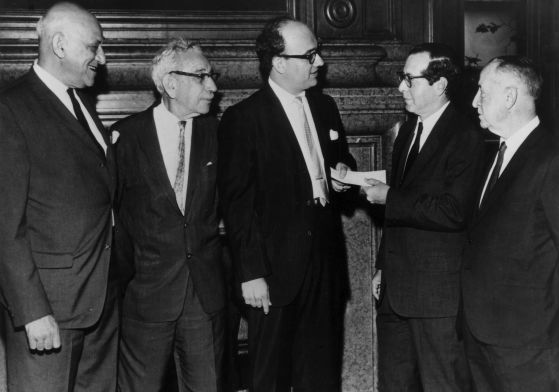 Crohn’s disease was first described in 1932 by three doctors—Burrill Crohn, Leon Ginzberg, and Gordon D. Oppenheimer. At the time, any disease in the small intestine was thought to be intestinal tuberculosis. These doctors collected data from 14 patients with symptoms of abdominal cramps, diarrhea, fever, and weight loss, which showed that the symptoms were not the result of tuberculosis or any other known disease. They described a new disease entity, which was first called regional ileitis, and later, Crohn’s disease.

For many years following the discovery of the two diseases, IBD was not well understood, and little research was being conducted into the causes and treatments of Crohn’s and colitis, much less a search for cures.

In 1956, Suzanne Rosenthal began experiencing debilitating digestive symptoms. Doctors were unsure of her condition for years and even misdiagnosed her, consequently worsening her symptoms. Once she was finally diagnosed with Crohn’s disease, her husband Irwin was overwhelmed with frustration that there was no known cure for the illness and no efforts to find one. Using Suzanne’s experience as inspiration, in the 1960s, the Rosenthals began exploring ways to fund Crohn’s and colitis research.

While Suzanne was fighting to find a treatment that worked, another family was going through a similar battle. Michael Modell, the 13-year-old son of William and Shelby Modell, was struggling with similar symptoms before also being diagnosed with Crohn’s disease. Both Suzanne and Michael were patients at the Mount Sinai Hospital in New York City, and the two families connected, joined by their shared experiences with these unfamiliar diseases and a mutual passion to find cures for IBD.

Establishing the National Foundation for Ileitis and Colitis

On September 12, 1967, the Rosenthals, Modells, and Dr. Henry Janowitz founded the National Foundation for Ileitis and Colitis to address the lack of patient education and support resources, and to fund research into Crohn’s and colitis.
The Foundation’s leadership was made up of:

To raise funds to support research studies, the Modells offered to chair the Foundation’s first major fundraising event. In December 1967, a dinner-dance was held honoring Drs. Crohn, Ginzburg, and Oppenheimer, and featured entertainment by Ella Fitzgerald. The dinner has been an annual event since 1967, honoring people from the world of merchandising, politics, banking, government, medicine, sports, and entertainment. William and Shelby Modell chaired the dinner for 25 consecutive years until 1993, when Michael Modell and his wife Abby took over. After Michael’s passing in 2001, his brother Mitchell began chairing the annual event, and continues to do so. Today, in addition to a variety of other fund raising programs, the Foundation hosts over 100 fundraising events across the country each year, raising $15.7 million in 2016.

Anticipating an increasing number of chapters for the Foundation, Suzanne wrote the operating manual for chapter governance, membership, and education, as well as for chapter scientific advisory committees. Today, the Foundation has over 280 employees, 38 chapters, and more than 500 volunteer leaders covering all 50 of the United States. 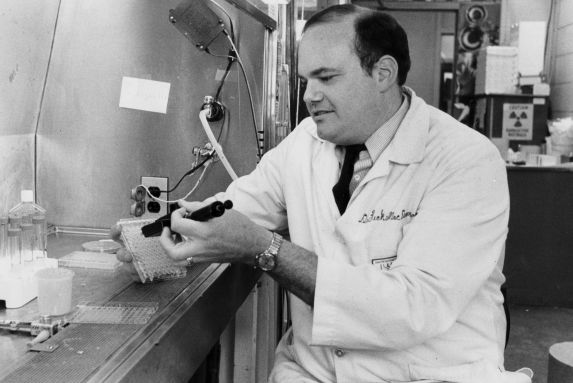 Suzanne also helped develop the advocacy vision for the Foundation. She formed the government advocacy committee to help increase the National Institutes of Health and National Institute for Diabetes, Digestive, and Kidney Diseases inflammatory bowel disease research portfolio. She also co-founded the Digestive Disease National Coalition with Irwin, and was recognized for her advocacy work on behalf of patients by Congress following her passing in 2013. The Foundation’s advocacy efforts have grown significantly over the years, including: 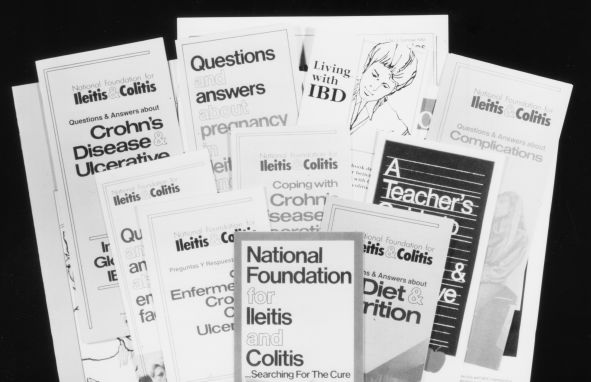 The Rosenthal and Modell families also cared greatly about ensuring that patients and caregivers have access to educational and support resources to help them through their disease journeys. Over the past five decades, the Foundation’s education and support programs have grown tremendously:

As the needs of the IBD community continue to grow, the Foundation is poised, thanks to the framework developed by the Rosenthals, Modells, and Dr. Janowitz, to respond and adapt to patient and caregiver needs. As Shelby Modell urged Foundation staff in February 2017, we will “keep this wonderful work going” until our vision of a future free of Crohn’s and colitis becomes a reality.