Meet Our Leadership Team and Staff

The Crohn's & Colitis Foundation is able to fulfill its mission and continue its battle against Crohn's disease and ulcerative colitis because of our dedicated leadership team and inspiring staff members. If you would like to join our team and help make a difference, here is a list of our latest career opportunities.

President and CEO
{he, him, his}

The Crohn’s & Colitis Foundation is the world’s largest public foundation dedicated to creating a world free from inflammatory bowel disease (IBD). As CEO, Michael Osso leads the mission and operations of this national organization headquartered in New York, New York with offices in 40 locations across the U.S.

Michael began his association with the Foundation in 2013, when he joined the senior leadership team as Chief Business Development Officer, driving significant revenue growth. He was named president and CEO in August 2015.

Michael is deeply committed to the mission of the Crohn’s & Colitis Foundation, and has focused his efforts on ensuring the Foundation plays the essential role of leader, convener, and innovator for the IBD community. Working with hundreds of dedicated staff and thousands of volunteers, under Michael’s leadership the Foundation has introduced a number of transformational initiatives aimed at accelerating innovative IBD research and advancing patient advocacy and care.

Since graduating from The Wharton School at the University of Pennsylvania, Michael has spent his entire professional career advancing the missions of non-profit organizations. Prior to joining the Foundation, Michael spent seven years at The Leukemia & Lymphoma Society – first as the Executive Director of its New York City Chapter and then as SVP of Revenue at the national office. Before his work in the health arena, Michael was the Executive Director of Careers through Culinary Arts Program, and worked for a variety of cultural organizations, including the Mark Morris Dance Group, José Limón Dance Foundation, and City Center Theater.

Chief Development Officer
{she, her, hers} 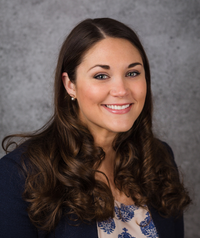 Allison Coffey has spent the majority of her career in the nonprofit health sector. Her experiences have shaped her expertise in fundraising, staff development, financial and operational management, and community engagement.

As Chief Development Officer, Allison is responsible for the strategic vision of many of the Foundation’s major revenue campaigns, including peer-to-peer fundraising, special events, individual major gifts, planned giving, and corporate sponsorship. She is inspired daily by the commitment of the Foundation's loyal supporters, and finds tremendous joy in working with funders to align their passions with the Foundation’s mission. 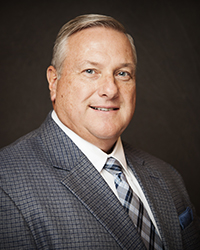 Mike joined the Crohn's & Colitis Foundation from the National Multiple Sclerosis Society where he worked for 16 years as Regional EVP for the Northeast. In this capacity, he oversaw seven chapters as well as a budget of $42 million dollars. Mike was one of 15 staff and volunteers chosen to chart the future of the National MS Society moving toward a more effective and efficient organization.

Prior to being named EVP at MS, Mike was a Chapter President for 12 years. He also worked for the American Diabetes Association for 10 years in various chapter capacities.

Chief Scientific Officer
{she, her, hers} 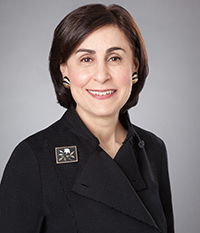 Dr. Heller received her medical degree from Columbia University and a Masters of Business Administration from The University of Chicago. She has extensive professional experience within the pharmaceutical and healthcare industries and academic medical centers.  As the Chief Scientific Officer at the Crohn’s and Colitis Foundation, Dr. Heller is responsible for all mission-related activities, including the research efforts and patient and provider support and education programs.

In addition, Dr. Heller has experience in pharmaceutical drug development, including design and implementation of clinical development plans and involvement in new drug applications resulting in drug approvals. She has been published in more than 20 publications and is the recipient of the “Best Journal Article on Disease Management” honor.

Chief Marketing & Communications Officer
{she, her, hers} 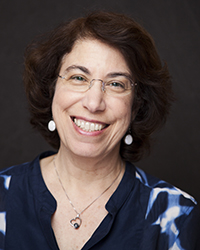 Judy Hoffstein joined the Foundation as Chief Marketing Officer in July 2018. She brings a diverse marketing and general management background, with over 30 years of progressive senior leadership roles.  Judy’s consistent focus on customers, relationships, metrics, and cross-functional team effectiveness has led to a strong track record of results. She has worked with both start up and mature organizations, in marketing functions ranging from product development and innovation to digital and direct response marketing.  She has also worked closely with sales, operations and technology teams, and has held senior human resources and general management roles.

Judy’s previous roles have included EVP of Marketing for Citi’s Global Direct Banking group, and SVP/General Manager at American Express, where she launched a number of important and successful products and services in both the company’s flagship U.S. Charge Card business and the Merchant Services business. More recently, she built her own business as an independent marketing consultant and executive coach. Judy has also been an advisor to multiple start-up organizations and is currently Vice Chair of the New York Gilbert & Sullivan Players.

Judy holds a bachelor’s degree from Cornell University and an MBA from the Wharton School of the University of Pennsylvania.

Chief Operating Officer
{she, her, hers} 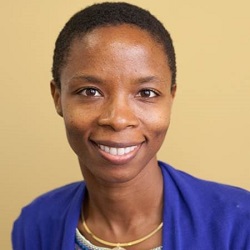 Sharon Lungrin is an experienced strategy and operations professional with a track record working in health, agriculture, education, venture capital, and consumer goods. Ms. Lungrin is an expert in working with corporations, government, and civil society to build trust and deliver lasting solutions to complex systemic challenges.

Before joining the Crohn’s & Colitis Foundation, Sharon held senior leadership positions at Housing Plus, Instituto Xilonen, the Synergos Institute, and the International Network for Public Schools. During her six-year tenure at the Synergos Institute, a US-based international development organization that builds collaborations to address systemic inequities and poverty, Sharon integrated the Operations Team across country offices and program offices to optimize collaboration between program leaders, consulting services, and the philanthropic advisory divisions in Latin America, Africa, Europe, and Asia.

Prior to Synergos, Sharon worked as the COO & CFO of a startup school development organization, was an associate at a biotech venture capital firm, taught English as a second language in Venezuela, and worked with the International Women’s Health Coalition and the Women’s Environment and Development Organization on the 1994 United Nations Conference on Population and Development Conference in Cairo.

Sharon is delighted to be joining the Foundation and is looking forward to working with the staff and volunteers to sustain and deepen the Foundation's impact.

Sharon was raised in Jamaica and East New York, Brooklyn. She and her family live in the Bronx.

Executive Vice President, Business Development
{he, him, his} 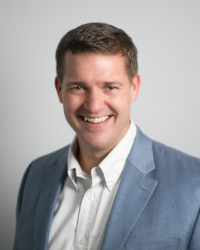 John Mize joined the Crohn's & Colitis Foundation after over a decade of experience in driving new market development within the healthcare, government, technology, and life sciences sectors. Prior to starting at the Foundation, John led Business Development for Element 84, an innovative software development company, and before that managed academic, government, and nonprofit business for Brooks Life Sciences. In his capacity at Brooks, John was instrumental in driving significant partnerships with a number of academic research institutions, government agencies, as well as nonprofits including support for the IBD Plexus Biorepository and lab services.

As Executive Vice President of Business Development, John leads the Foundation's collaborations with external partners with a focus on advancing research-related partnerships.

John graduated from the University of Oregon and currently lives in Tampa with his wife Stephanie and their four children: Kensington, Maryalice, Patrick, and Jacob.

Chief Technology Officer
{he, him, his} 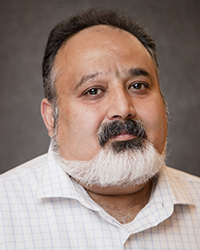 Rohit joined the Foundation as our chief technology officer in November 2017 bringing more than 25 years of experience leading large, global, cross-functional teams. For the past 20 years, Rohit has specialized in the health IT (HIT) industry developing, delivering, and supporting enterprise software solutions.

Prior to joining the Foundation, Rohit served as the Product Line Owner, VP of Product Management at Edifecs Inc, a leading product development organization providing solutions to payors and providers enabling value base care partnerships. Rohit has served in a variety of roles throughout his extensive career, most notably as head of product delivery and operations at Active Health Management, a subsidiary of Aetna Healthcare a global medical insurance provider and healthcare technology company; Director of SOA integration and Eastern U.S. operation at United Healthcare’s OptumInsight, a provider of health information exchange solutions; and director of enterprise integrations and clinical information systems at Montefiore Hospital, a leading healthcare institution in NYC.

Rohit earned a Bachelor of Science from M.D. University, India.

Executive Vice President, Education, Support & Advocacy
{she, her, hers} 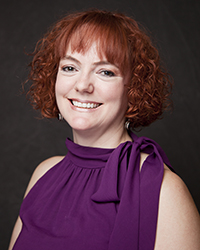 Laura Wingate began her career working at Memorial Sloan Kettering Cancer Center. During her tenure, she advised and implemented quality improvement initiatives, including redesigning the outpatient center focused on streamlining the patient’s experience.

Laura worked with pediatric and geriatric centers across the United States, providing professional entertainers through the Clown Care and Vaudeville Caravan programs which expanded dramatically over her eight-year tenure.

Joining the Crohn’s & Colitis Foundation fulfilled Laura’s career aspirations and her personal desire to make a difference. As the Executive Vice President, Education, Support, & Advocacy, Ms. Wingate oversees patient and professional education, state and federal advocacy, and support programming for the Foundation. Laura is a graduate of the University of Rochester, School of Arts & Sciences, and is working on a certificate in Strategy from Harvard Business School Online. Laura also serves on the American Board of Internal Medicine Gastroenterology Specialty Board and Pace University Design Thinking Advisory Board.