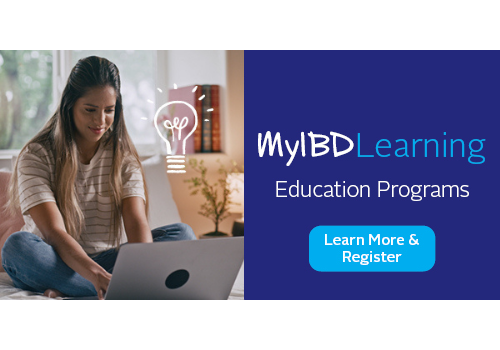 Irritable bowel syndrome (IBS) and inflammatory bowel disease (IBD) are two distinct gastrointestinal disorders, though the differences between the two can be confusing for many people.

While they have some similar symptoms, IBS and IBD are not the same condition and they require very different treatments. It is essential to get an accurate diagnosis so that you can properly manage your condition.

Irritable bowel syndrome is classified as a functional gastrointestinal disorder, which means there is some type of disturbance in bowel function.

IBS can cause a great deal of discomfort and it can severely affect your quality of life. Symptoms can range from mildly annoying to disabling, which negatively impacts a person’s self-image, their social life, and the ability to work or travel.

People with IBS are more likely to have other functional disorders such as fibromyalgia, chronic fatigue syndrome, chronic pelvic, or temporomandibular joint disorder, also known as TMJ.

According to the International Foundation for Gastrointestinal Disorders:

IBS symptoms and their intensity can vary from person to person. Symptoms often occur after eating a large meal or when you are under stress, and they are often temporarily relieved by having a bowel movement.

Anemia, bleeding, weight loss, and fever are symptoms of IBD, not IBS. If you are experiencing these symptoms, seek immediate medical treatment.

IBS is diagnosed based on your symptoms and elimination of other causes. Your doctor will take a detailed medical history and perform a thorough physical exam. Unlike IBD, IBS cannot be confirmed by visual examination or with diagnostic tools and procedures, though your doctor may use blood and stool tests, x-ray, endoscopy, and psychological tests to rule out other diseases.

Other criteria for diagnosing IBS includes having abdominal discomfort or pain for at least 12 weeks, even if non-consecutive, over the past 12 months, accompanied by at least two of the following symptoms:

Like with Crohn’s disease and ulcerative colitis, the cause of IBS is not fully understood. Researchers believe that while stress can aggravate IBS, the syndrome is actually caused by a disturbance between the brain and the gut.

Here’s how the gastrointestinal (GI) tract and the brain work together:

People with IBS often have irregular colon motility patterns, meaning the necessary muscle contractions are not functioning the way they should. The term “irritable” is used because the nerve endings in the lining of the bowel are unusually sensitive, and the nerves that control the muscles of the gut are unusually active.

IBS symptoms can be triggered by ordinary stimuli, including certain foods, stress, hormonal changes, and certain medications. The spasms can delay your bowel movement, which can lead to constipation if the stool loses too much water in the colon. Spasms can also cause diarrhea by pushing the stool through your colon so fast that the fluid cannot be absorbed.

There is no one-size-fits-all treatment plan for IBS. Available treatments target the symptoms to provide relief. Your healthcare provider can help you decide on the most appropriate course of treatment.

This is often the first line of treatment. In mild cases, IBS symptoms can be managed with dietary changes and stress reduction techniques.

This can be an important part of relieving symptoms in more severe cases, but there is no one medication that works for all IBS patients.

A factbook covering the basics of IBD and how patients can manage their disease.
pdf