The Crohn's & Colitis Foundation has the distinct privilege of working with the finest experts in the field of IBD in order to fulfill our mission of curing Crohn's disease and ulcerative colitis, and improving the quality of life of children and adults affected by inflammatory bowel disease (IBD). 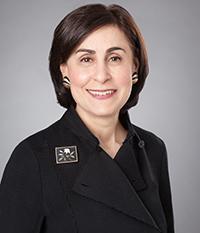 Dr. Heller received her medical degree from Columbia University and a Masters of Business Administration from The University of Chicago. She has extensive professional experience within the pharmaceutical and healthcare industries and academic medical centers. As the Foundation's Chief Scientific Officer, Dr. Heller is responsible for all mission-related activities, including research efforts and patient and provider support and education programs.

In addition, Dr. Heller has experience in pharmaceutical drug development, including design and implementation of clinical development plans and involvement in new drug applications resulting in drug approvals. She has been published in more than 20 publications and is the recipient of the "Best Journal Article on Disease Management" honor. 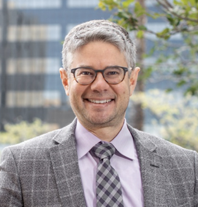 Dr. Melmed is the Co-Director of the Inflammatory Bowel Disease Center at Cedars-Sinai Medical Center in Los Angeles, California. He earned his medical degree from Albert Einstein College of Medicine in the Bronx, New York, and Master’s of Science in clinical research from UCLA School of Medicine, Los Angeles. He completed his gastroenterology fellowship at the University of California, Los Angeles.

Dr. Melmed has authored or coauthored more than 150 articles in peer-reviewed journals and several book chapters. Dr Melmed has served as Associate Editor of the American Journal of Gastroenterology, an ad hoc reviewer for several journals, and clinical research editor for Inflammatory Bowel Disease. His research interests include clinical outcomes and quality of care in IBD, as well as translational prognostic and therapeutic strategies to improve inflammation and clinical outcomes. He has lectured nationally and internationally on various topics related to inflammatory bowel disease. He is a current or past committee member of several professional organizations, including the American Gastroenterology Association, American College of Gastroenterology and the Crohn’s & Colitis Foundation, where he serves as co-chair of the IBD Quality of Care committee. He has led or participated in the development of quality indicators for IBD with the American Gastroenterology Association, the Crohn’s & Colitis Foundation, the National Quality Forum, and the Canadian Crohn’s and Colitis organizations. 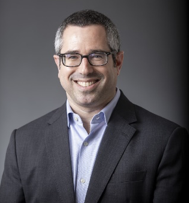 Dr. Siegel’s research interests include understanding risk/benefit tradeoffs in IBD, developing models to predict outcomes in Crohn’s disease, creating tools to facilitate shared decision making, expanding telemedicine services to patients with IBD living in rural locations, and improving the quality of care delivered to patients with IBD. He has been funded by the NIH, AHRQ, the Crohn’s & Colitis Foundation, and the Helmsley Charitable Trust for this work. He has lectured nationally and internationally and published numerous journal articles and book chapters on this and other topics in IBD. Dr. Siegel is the founder of the BRIDGe group, an international research collaborative of IBD investigators.  He has served as the co-chair of the Crohn’s & Colitis Foundation Professional Education Committee, and is currently the co-chair of the Crohn’s & Colitis Foundation Quality of Care Program (IBD Qorus). Dr. Siegel was inducted into the International Organization for the Study of IBD (IOIBD) in 2013. 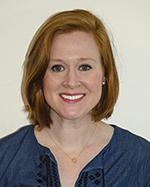 Alandra Weaver is the Associate Vice President of Clinical Quality and Research Innovation at the Crohn’s & Colitis Foundation. In this role, she established and led the development of IBD Qorus, the Foundation’s national quality of care program designed to improve outcomes for patients with inflammatory bowel disease. More recently, she has led a nationwide expansion effort aimed at growing IBD Qorus from 30 to 60 participating sites. In addition to leading IBD Qorus, Alandra oversees the strategic planning and organization of the Foundation’s clinical research networks.

Alandra holds a Bachelor of Arts in Biology from the University of North Carolina at Chapel Hill, and a Master of Public Health in Epidemiology and Biostatistics from the Hunter College School of Urban Public Health in New York City. 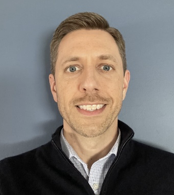 James Testaverde re-joined the Crohn's & Colitis Foundation in March 2021 as Senior Director of IBD Qorus Implementation. In this role he is responsible for overseeing the implementation of clinical best practices that drive higher quality of care at participating IBD Qorus sites. Prior to this role, he served as the Foundation’s Senior Director of Patient Education and Support for more than five years. James has 20 years of experience creating, managing, and evaluating public health initiatives focused on patient education, patient support, and healthcare provider education across a variety of medical conditions, including HIV/AIDS, lymphoma, and inflammatory bowel disease.

James holds a Bachelor of Science in Biology from Binghamton University in New York State, and a Master’s of Public Administration in Nonprofit Management from Baruch College in New York City.

Ridhima Oberai joined the Crohn's & Colitis Foundation in October 2015 as Coordinator of IBD Qorus. Prior to joining the Foundation, Ridhima spent over three years on clinical trial coordination in areas such as hypertension, diabetes, sleep and dementia. In her current role, Ridhima is managing and evaluating program related activities with a focus on streamlining and efficiency. In particular, she is supporting the infrastructure for data collection and working on the operational activities that are involved within the program. She remains 100% dedicated to the goals set forth for the success of IBD Qorus and is always looking for ways to improve the quality of care for patients with IBD.

Ridhima holds a Bachelors of Science in Biology with a minor in Psychology from Syracuse University in upstate New York. 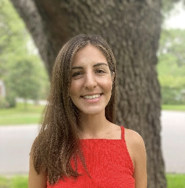 Laura joined the Crohn's & Colitis Foundation in March 2021 as a Research Coordinator of Regulatory and Business Engagement. In this role, she serves as a liaison between sites and the IBD Qorus Leadership team. Before joining the Foundation, Laura spent nearly five years coordinating research studies in the Department of Neurosciences at the Medical University of South Carolina. She is a Certified Clinical Research Professional through the Society of Clinical Research Associates and holds a Bachelor’s in Psychology from the College of Charleston.