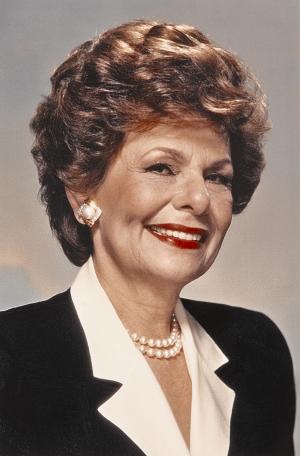 The Crohn’s & Colitis Foundation announced today the passing of co-founder and philanthropist, Shelby Modell. After her son Michael was diagnosed with Crohn’s disease at the age of 13, Shelby and her late husband William Modell, along with Irwin and Suzanne Rosenthal, and Dr. Henry D. Janowitz, founded the Foundation for Research in Ileitis, now known as the Crohn’s & Colitis Foundation. Shelby worked tirelessly to raise millions of dollars to provide critical education and support to patients and for IBD research, in hopes of one day finding cures for inflammatory bowel disease (IBD).

“On behalf of the millions of Americans battling IBD, we are incredibly grateful to Shelby for her passion and philanthropy,” said Michael Osso, President & CEO of the Crohn’s & Colitis Foundation. “Shelby was always trying to help others – whether that was by helping them find a doctor or providing them with information about Crohn’s and colitis. We are deeply indebted to all of the Modells for all that they have done to advance IBD research and care.”

The number of healthcare providers and IBD researchers has accelerated over the past five decades as a direct result of the unrelenting efforts of the Modells and the Rosenthals. Today, there are numerous medical journals dedicated to Crohn’s disease and ulcerative colitis, and new discoveries are being published daily.

The financing of the Foundation was launched by the Modells, who brought together thousands of people, including personal friends, business colleagues, athletes, and patients and their families who suffered from Crohn’s disease and ulcerative colitis. For over 50 years, Shelby and her family chaired the Greater New York City Chapter’s annual dinner, one of the most successful annual fundraising events for the Foundation. Shelby and her late husband chaired the dinner for 25 consecutive years until 1993, when their son Michael and his wife Abby took over. After Michael’s passing in 2001, his brother Mitchell chaired the event until 2020.

Additionally, Shelby, along with Suzanne Rosenthal, helped start the Ladies Auxiliary for the Foundation, which was tasked with fundraising, membership, and patient education. She also founded the Greater New York and Long Island Chapters of the Crohn’s & Colitis Foundation.

Shelby Modell received her B.A. from Brooklyn College and her M.A. from Columbia University. She has had a distinguished career in philanthropy, benefiting the fields of health, mental health, education, and the arts. In addition to her work with the Crohn’s & Colitis Foundation, Shelby was the founding member of the American Digestive Disease Society and a founder of the Jeffrey Modell Foundation for immunological research. Modell was a founder of the Gilda Radner Foundation, “Gilda’s Club,” and served as secretary on its board of trustees. She was also a founder of Hewlett House, a breast cancer resource center. Modell has served as president of the Long Island League of the Metropolitan Geriatric Center, chairman of the Five Towns Development Fund for Lincoln Center, and was a founding patron of the Metropolitan Opera.

In 1977, President Jimmy Carter appointed her to the negotiating committee of the U.S. Panama Canal Treaty. In 1979, Mayor Abraham Beame appointed her as a commissioner on the New York City Youth Board. In 1987, Governor Mario Cuomo appointed her to the New York State Council of the Arts. Modell served on the prestigious National Health Council of Columbia Presbyterian Medical Center and was responsible for raising $150 million to build their new psychiatric institute. Subsequently, she received a special Presidential Commendation for her efforts in promoting research in mental health.

Donations in her honor can be made to the Crohn’s & Colitis Foundation here.